Character: Comfort Houston
Aspects:
High Concept: Devoted Secretary to Mr. Bow
Trouble: Can’t say no to an older man in need.
Other Aspects: No love for the reds. Being bad is being good. Flashy. No need to ask my help. Don’t you dare mess my hair.

STUNTS
-1 Teflon Persona (If recognized, Armor= +1 Social attacks.
-1 Footwork (Use fists to dodge attacks instead of athletics)
-1 Killer Blow (Add 3 to the damage of a fists attack on a successful hit, 1 per scene. Cost 1 Fate Point)
-1 Let Me Tell You a Story . . . (You may use rapport instead of Deceit in order to mount a distraction via talking)

Background: Raised by single mother, Martha, in the Bronx. Father unknown. Mother killed by the reds when Comfort was 13.
(Phase Aspect) No love for the reds.

Rising Conflict: Grandfather, Tillinghast Houston, was forced to adopt Comfort at 13. He was utterly incapable of taking care of her, so she ended up taking care of them both. She turned to a life of stealing to put food on the table. She eventually joined a minor gang named the Neko Girls.
(Phase Aspect) Being bad is being good.

The Story: When shoplifting jewelry at Barney’s, Comfort was tripped up by Scott and gets caught by the police and put in juvenile detention. Mr. Boh gives her his card and bails her out.
(Phase Aspect) Flashy dresser regardless

Guest Star Redux: Being pissed at getting wet, Comfort drops a curling iron into a large puddle of water. This electrocutes a vampire chasing Scott.
(Phase Aspect) Don’t you dare mess my hair. 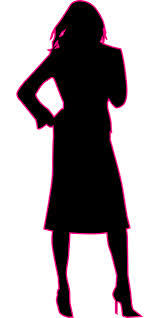